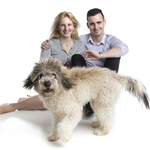 For all of us who have followed the at times tortuous path of researching our family trees there always remains unanswered questions. The sense of accomplishment in resolving one mystery quickly fades when you end up in cul de sac of misinformation or no information at all. In times past families were fairly adept at covering their tracks to avoid scandle. Also the failure of the system to properly record birth, deaths and marriages adds to the challenge.

Undoubtedly I will have missed someone or information will be found inaccurate and no doubt there will be no shortage of people who will be able to ‘put me right’ as we would say in Australia.

Where further information is provided and those family members are living in future editions they will be simply described as ‘living’ omitting all births and marriage details to maintain their anonymity and protect identity.

In the UK Census 1871 there is a reference to a Francis STONE who is described as a grandson of Nicholas (as head of household) born 1865.1 There is also a John HUFAM who is described as a stepson to Nicholas (as head of household). We believe this has been transcribed inaccurately and should read HUXHAM (as this was Jane’s maiden name John is possibly born ‘out of wedlock’).2

Further there is a Mary Elizabeth PRICE born in Holbeton 1868 (2 years prior to Jane’s marriage to Nicholas in 1870).3 Mary is living with her mother Jane in Nethecombe by the time of the 1891 UK Census4 (Nicholas deceased February 1891 before the census that year). Elderly members of the above line of descent report folklore that William STONE went to South Africa returned briefly with a cache of diamonds to later return to South Africa. He was reportedly never heard of again.

There is one final mystery.

Thereafter this John STONE and his wife Mary Ann are not accounted for in the Census of 1901. The next Census was 1911 and they are not in that Census. I have located death certificates for a number of John STONEs but not the John STONE referred to above.

In our extensive research and examination I have undertaken of the Parish Records for the Deanery of Plympton baptisms 1813 – 1839 (Holbeton) there is only one John STONE recorded in the Register.

The question remains – who was this John STONE born in Holbeton 1835?